Google: FY2022 Q1
We continue to expect a meaningful increase in Capex in 2022 versus last year. For the balance of 2022, the increase will be particularly reflected in investments in Technical Infrastructure globally, with servers as the largest component.
Google: FY2021 Q4
Turning to CapEx, the results in the fourth quarter primarily reflect ongoing investment in our technical infrastructure, most notably in servers, to support ongoing growth in both Google Services and Google Cloud. We also increased the pace of investment in fit-outs and ground-up construction of office facilities.
In 2022, we expect a meaningful increase in CapEx. In Technical Infrastructure, servers will again be the largest driver of spend.
MSFT FY2022 Q2
Capital expenditures including finance leases were $6.8 billion, up 25% year-over-year, lower than expected, primarily due to quarterly spend volatility in the timing of our cloud infrastructure buildout. Cash paid for PP&E was $5.9 billion.
Our capital investments, including both new data center regions and expansion in existing regions, continue to be based on significant customer demand and usage signals.
AMZN FY2022 Q1
Yeah, let me -- let's talk a little bit about capital expenditures, and I'm going to do this with inclusion of equipment finance leases, which is the residual that we sometimes lease on our infrastructure assets. We're doing less of it now, but we still do some and have done it historically. So, when you look at those numbers and how they've grown over the last few years, I'll give you the proportions, which I'm not sure we've initially shown before. It's about 40% -- just under 40% of that capex is going into infrastructure, most of it feeding AWS.
But also, certainly, Amazon is a large customer of that as well as we build infrastructure for ourselves directly or through AWS. About just under 30% is fulfillment capacity, building warehouses -- warehouse only, not transportation. And then just under 25% is transportation capacity and building on our NACL network, principally globally. The remaining 5% or so is small things like offices and stores and other capital areas.
AMZN FY2021 Q4
Capital investments were $61 billion on the trailing 12-month period ended March 31. About 40% of that went to infrastructure, primarily supporting AWS but also supporting our sizable consumer business. About 30% is fulfillment capacity, primarily fulfillment center warehouses. A little less than 25% is for transportation.
So think of that as the middle and the last-mile capacity related to customer shipments. The remaining 5% or so is comprised of things like corporate space and physical stores. For full year 2022, we do expect infrastructure spend to grow year over year, in large part to support the rapid growth and innovation we're seeing within AWS. We expect infrastructure should represent about half of our total capital investments in 2022.

Yes. So let me start here, and I'll see if Jensen wants to add more of that. Our purchase obligations, as well as our prepaid have two major things to keep in mind. One, for the first time ever, we are prepaying to make sure that we have that supply and those commitments long term.
And additionally, on our purchase obligations, many of them are for long lead time items that are a must for us to procure to make sure that we have the products coming to market.
A good percentage of our purchase commitments is for our Data Center business, which you can imagine, are much larger systems, much more complex systems and those things that we are procuring to make sure we can feed the demand both in the upcoming quarters and further. Areas in terms of where we are still a little bit supply constrained are networking. Our demand is quite strong. 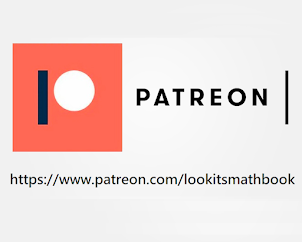